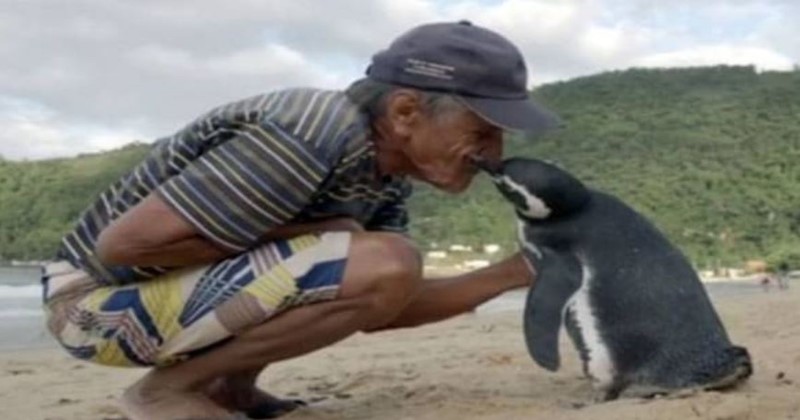 It’s not uncommon for animals to form strong bonds with humans, and there are many stories of animals showing appreciation and affection towards their caregivers. One famous example of this is the story of a penguin named Dindim, who swims 5000 miles each year to visit the man who saved him.

Dindim was found stranded on a beach in Brazil, covered in oil and near death. He was rescued by a man named Joao Pereira de Souza, who took Dindim into his home and nursed him back to health. When Dindim was strong enough, he returned to the ocean, but he continued to come back to visit de Souza every year.

Dindim’s journey back to de Souza’s home involves swimming 5000 miles from the Patagonian coast in Argentina, where he spends the winter, to the Brazilian coast where de Souza lives. Dindim’s journey has been documented by researchers, and it’s believed to be the longest known distance traveled by a penguin.

De Souza has described Dindim as a “friend for life,” and it’s clear that the feeling is mutual. The bond between Dindim and de Souza is a heartwarming example of the close relationships that can form between humans and animals.