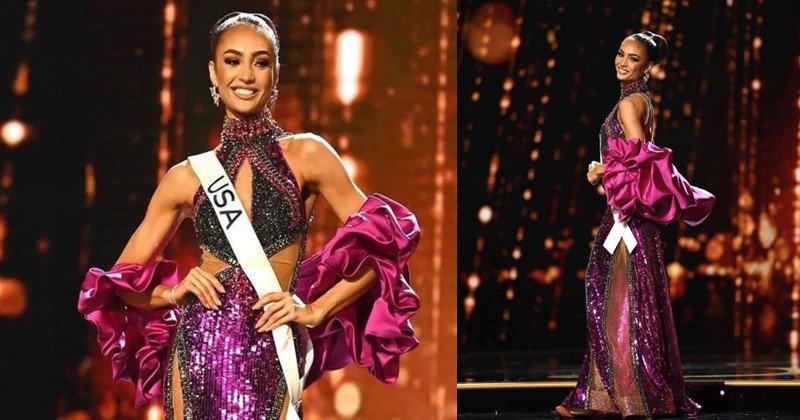 Gabrielle closed her eyes and shook hands with runner-up Miss Venezuela Amanda Dudamel during the dramatic winner’s unveiling and then beamed after her name was announced.

Loud music played and she was presented with a bouquet, which was wrapped around the winner’s sash and topped with a tiara on stage at the 71st Miss Universe pageant in New Orleans. In a Q&A in the final stages of the competition for all three finalists, Gabrielle was asked how she would work to prove that Miss Universe was an “empowering and progressive organization” if she won.

“I would use that to become a transformational leader,” she replied, citing her work using recycled materials in her fashion designs and teaching survivors of human trafficking and domestic violence to sew. “It’s so important to invest in others, invest in our community, and use your unique talents to make a difference.”

The rights to the contest – once partly owned by former President Donald Trump – were purchased last year by a Thai business tycoon and transgender activist for $20 million from IMG Worldwide LLC, a New York-based sports and talent marketing firm.