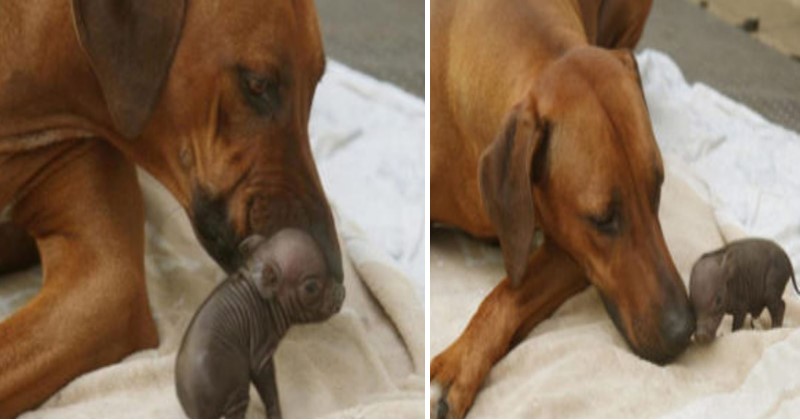 It’s not uncommon for animals to take in and care for offspring that are not their own, especially when they come from the same species. This behavior is known as “alloparenting” and is seen in a wide range of animals, including mammals, birds, and even insects.

In the case of dogs, they have a strong social bond and often form close relationships with other animals, including those from different species. This bond can be especially strong when the animal is young and in need of care, as the dog may instinctively want to protect and care for the young animal. Katjinga is a Rhodesian Ridgeback breed dog, and Paulinchen is an absolutely lovely, bellied two-week-old young sow who lost her mother but was thankfully adopted by Katjinga when she decided to adopt her. The dog did not hesitate to take care of Paulinchen, treating her as one of her own; she fell in love with this adorable little pig at first sight and vowed to save her life.

Adorable photos of this couple have gone viral on social media, capturing the attention of many people. One of them shows Paulinchen trying to suckle from his massive new mother.