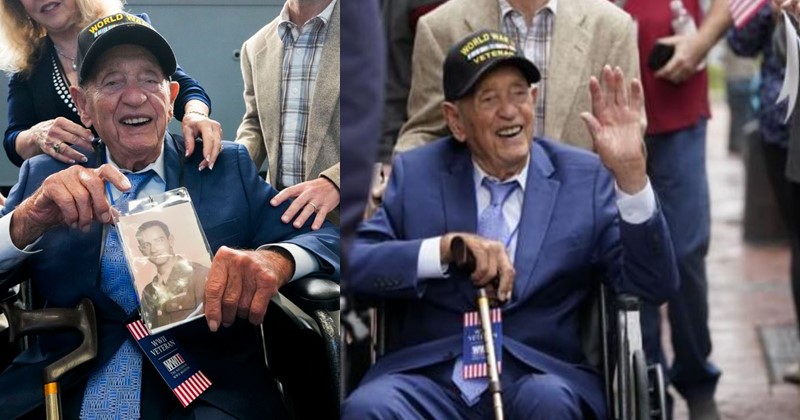 Flag-waving admirers lined the sidewalk outside the National World War II Museum in New Orleans on Wednesday to greet the oldest living survivor of the Japanese Attack on Pearl Harbor as he marked his upcoming 105th birthday.

“It feels great,” Joseph Eskenazi of Redondo Beach, California, told reporters after posing for pictures with his great-grandson, who is about to turn 5, his 21-month-old great-granddaughter and six other World War II veterans, all in their 90s.

Eskenazi turns 105 on Jan. 30. He had boarded an Amtrak train in California on Friday for the journey to New Orleans. The other veterans, representing the Army, Navy and Marines, flew in for the event.

Eskenazi was a private first class in the Army when the attack occurred. His memories include being awakened when a bomb fell — but didn’t explode — near where he was sleeping at Schofield Barracks, reverberating explosions as the battleship USS Arizona was sunk by Japanese bombs, and machine gun fire from enemy planes kicking up dust around him after he volunteered to drive a bulldozer across a field so it could be used to clear runways.