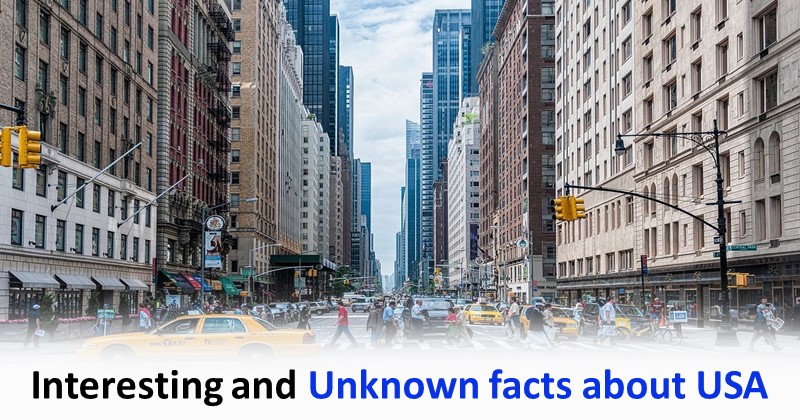 There are many interesting and lesser-known facts and places in the United States. Here are a few examples: The Winchester Mystery House in San Jose, California is a mansion that was built by the widow of the inventor of the Winchester rifle. The house is known for its strange and labyrinthine architecture, with staircases that lead to nowhere and doors that open onto walls.

The International Cryptozoology Museum in Portland, Maine is dedicated to the study of cryptozoology, which is the search for and study of animals that are believed to exist but have not been proven to exist through scientific evidence.

The Mystery Hole in Ansted, West Virginia is a roadside attraction that features a gravity-defying room where water flows uphill and objects appear to defy the laws of physics.

The abandoned city of Centralia, Pennsylvania is a ghost town that has been uninhabitable since 1962 due to a coal mine fire that has been burning underground for decades.

The Salton Sea in California, is a saltwater lake located in the Sonoran Desert, it was accidentally created by engineers in the early 20th century, and it was once a popular tourist destination known for its recreational activities and wildlife. These are just a few examples of the many unique and lesser-known places and facts in the United States.