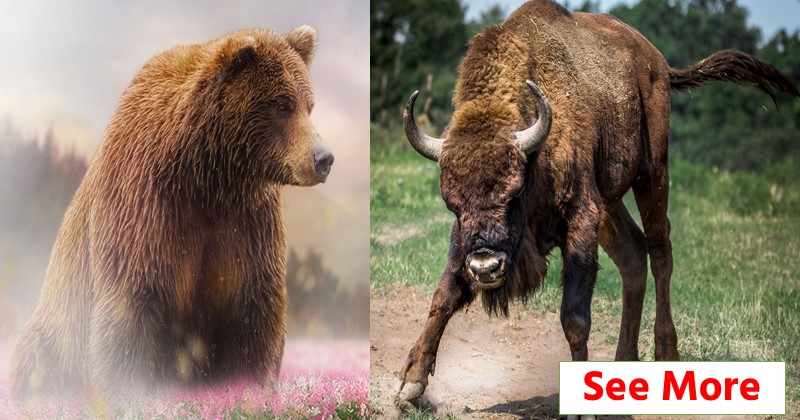 Bison: These animals, also known as buffalo, can weigh up to 2,000 pounds and stand over six feet tall at the shoulder. They are native to North America and can be found in a number of national parks and reserves, including Yellowstone National Park and the National Bison Range in Montana.

Grizzly bear: These massive bears are native to North America and can be found in several western states, including Montana, Wyoming, and Alaska. They can grow to be over eight feet tall and weigh up to 1,500 pounds. Moose: These large, majestic animals are native to the northern regions of the United States, including Alaska and Maine. They are the largest member of the deer family and can weigh up to 1,600 pounds and stand over six feet tall at the shoulder. American alligator: Found in the southeastern United States, American alligators can grow up to 14 feet in length and weigh over 1,000 pounds. They are typically found in swamps, marshes, and other wetland areas. American bighorn sheep: These impressive animals can be found in the western United States, including states like Montana, Wyoming, and Nevada. They are known for their large, curved horns and can weigh up to 300 pounds.