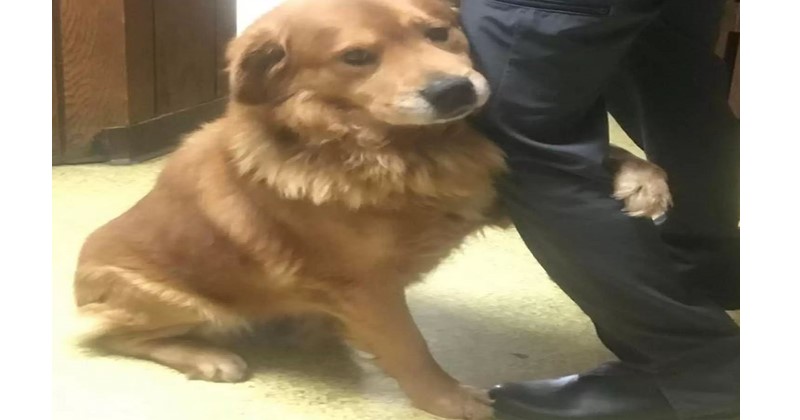 If there’s a golden rule that Clarence lives by, it’s treating others the way you want to be treated. To the sweet 4-year-old rescue dog, that means giving hugs to everyone he meets and holding on to his caretakers in hopes that they won’t ever leave him.

Clarence never knew the comforts of a home. His entire life was spent outside in his family’s yard before they dropped him in a Walmart parking lot and drove away.the golden retriever-mix met two other abandoned dogs — a German shepherd and a Chihuahua-mix and started following them around.

Animal control eventually captured Clarence and his German shepherd friend and contacted his owner. But when the owner refused to come and get him, Clarence was put on the euthanasia list. Hounds In Pounds stepped in just in time to rescue Clarence and the German shepherd and find them the homes they deserve.