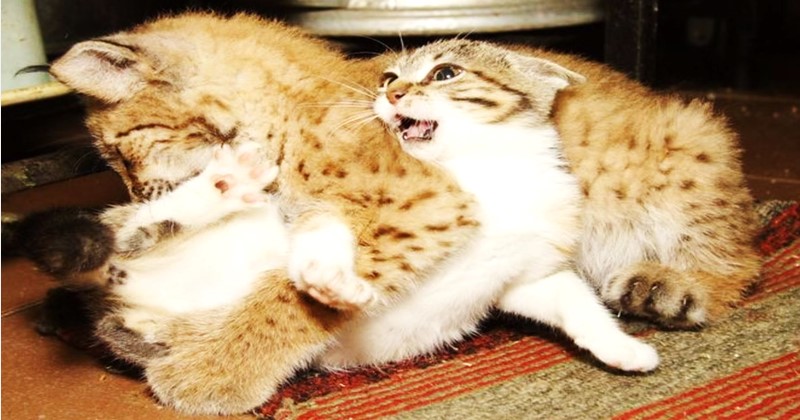 lynx named Linda was born at the Leningrad Zoo in June 2007. Sometime later, a cat called Dusya also settled into Linda’s enclosure. Now they’ve been living together for 12 years, proving that friendship is boundless.

Leningrad Zoo workers explained to us why they decided to conduct this experiment and told us how these buddies are doing today.

When Linda was about 2 months old, zoo workers decided to put a kitten who was the same age as her in her cage. They were almost the same size, so they were really interested in each other.

At first, they were left together for a short period of time so that they could play, but zoo workers always kept an eye on them. When the experts were sure that the lynx and the cat had gotten used to each other, they were put in one enclosure to live together.